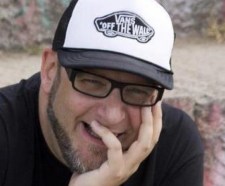 Last April, we presented FACT, as one of the biggest brands in the Spanish electronic scene. As they performed spectacular events in numerous clubs, both inside and outside of Europe, it seems that they have found the magic formula of success.

The resident DJ of FACT Berlin, Sud Bencer, who is performing every Tuesday at the Weekend Club, finally arrived in the Golden Gate to begin a series of events that will be undertaken by Wakeful & FACT until late summer.

Bruno Otranto opened that night with infectious melodies, slow bpm’s and proper sequences, creating with the right set of triggers the perfect definition of a warm-up. The start in the night wasn’t the easiest one of Otranto, because most of the public decided to enter one o’clock in the morning. But anyway, visual highlights by Jaime & Vani delivered a special dynamism to the sound of BO.

The Golden Gate was set in a magical atmosphere, designed by the music synchronised with the generated images through various materials.

The heat in the club raised towards infinity, caused by the Wakefulers who could not stop dancing. The right time for FreedomB to take over the control. By increasing the bpm implemented by its partner and adding a touch of tech / funky, the people started moving all over all the dancefloor, focused on the music accompanied by vocals “Made in Chicago”.

At 3:05am in the morning when the guest of the night, Sud Bencer, started with a set that surprised more than one, we could enjoy a perfect mix of hot beats and tracks clearly influenced by the eighties. Synthesizers and disco sounds were well received by an audience that, although not very large, responded equally well to previous editions reaching for the maxim of “quality, not quantity”.

The closing set was performed by Bruno Otranto this time. He offered a completely different version of quality tech-house to finish off the 7th Wakeful event. An event, outstanding everything than before.