Since his first exhibitions, Antonio knows how to involve people thanks to his style, charisma and great passion for music. Many great djs play his tracks thanks to the mix of musical influences which mark “his style” out and make people appreciate his eclectic and no ordinary way of playing music.

Andy is a further part of the “Stadtlicht Berlin” Crew which is one of the reasons that you can enjoy it a lot in berlin nightlife and listen. Andy accompanied his sets with his percussion like what it does every time something special .

With 12 years David got his first small TV as a present, but he wasn’t interested in it at all. That’s why he exchanged this TV for an old music recorder and so already in early life he realised that is heart belongs to music.

Alexis Cabrera started with digital music since very young in a self-taught way with an important musical background from his 6 years of conservatory study. This defined his personality as a musician and mixes of tech, house, and techno sounds with groovy basses making a homogeneous, dynamic, power set. 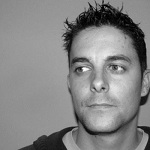 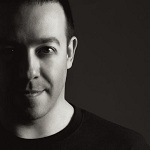 Leix delights us with his view of underground sound. Both his productions for Novo Music, iRecords, Fumakilla, Monza, Kiara Records, and Dissonant (among other labels), as well as his sets, have attained the support of important names in the industry.

Simon is a multifaceted artist that do not loves be restricted in any forms: he has a background that goes from the real funk to tech, developed and evolved during his career. Polishing his flawless technique on turntables and his musician taste he begun resident in parties as Pervert, Amnesia Milan and Pulp club in Milan.

Patryk was born near Berlin in the middle of the 80s and started early to develop a deep relationship to music. He has always felt very close to electronic music. But it was not before his 18th birthday that the passion grew so strong that he tried his own productions.

Carlomann arises in Berlin. is a fusion of dub music and house noncommercial 90s. Before you known as Blasmanjazz, Blasmanfunk or Blasphemist.

He has built step by step his own style, and above all he has a strong devotion for the sounds that make us move and dance with him as our dance partner. He has been the reference for the best underground electronic music, back at the Canary Islands and Spain, but now he is becoming well known far away from his country too.

His music is crafted from a classic house and techno pallet but presented with a fresh, modern and individual aesthetic. They are full of rich musical influences; from dub to progressive rock, ambient and tribal rhythms, but rest assured, they’re aimed squarely at the dance floor.

Berlin based producer David Pher was born close to Frankfurt. He discovered his passion for electronic music during a sojourn in Ibiza in 1997. After studying Popular Music and Media he moved to Berlin and worked for Sonar Kollektiv as well as attending the SAE Institutes electronic music producer program.

From the beginnig, I.D.O.G.&Crypton aka Pornbugs were connected to electric music. They started their common career in various clubs and radio stations in Germany in 2000. Since 2005 the play mainly as Pornbugs, thats the techhouse-minimal-project of the guys, a extrem dancefloor oriented sound. 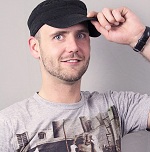 Berlin-Munich-Innsbruck, for Markus are this no towns, but playgrounds. His sound adapts itself to every situation, whether advancing Techno in the cellar white light to be pulsated or melodic TechHouse in the gleaming light of a sundown, on the “Open air´s” in summer.

He is the medicine man on your spiritual trip into the deepness of this sound. Also he is a guy for long hours sets into the daylight, you can   be sure that he can´t go under ! Agent! made a long way as club-dj, he is every weekend booked out and played almost every venue in germany.

Based in Berlin, Emerson has found his grounding and established himself as a forward thinking producer and dj. His releases are wide-ranging and always innovative as are his Dj sets which have been heard in clubs all over the world.

Ekkohaus started his musical journey quite early, teaching himself drums, studying vibraphone and marimba, and finally getting his degree in Music and Multimedia Technology. He produces since the mid nineties. Influenced by many artists and musical styles as he lived in London and then moved to Berlin where he lives now.

His work is characterized by a rigorously developed technical discipline, patiently accumulated familiarity with the Techno subculture and, importantly, by a personal interpretation of the new and pure melodies that make up Electronic music such as to create an indistinguishable sound, that may be referred to as retro-digital.

Techno constitutes a fundamental piece of his initial works, with his sets characterised by the fundementals of fury and force.The live sessions in various clubs and festivals are diverse and profiled by his style. Yet his Berlin period, the capitol of electronic music, was decisive in forming him as a true professional.

Born and raised in Madrid, Marcos in Dub has become one the most influential dj’s in the spanish electronic scene. His musical background comes from the late nineties, focused in Hip Hop and Breaks in any form, from drummy to dubby beats.Soon after he discovers House and techno, being those styles the key of his sound nowadays.

“ThanksMate” is a bond formed by two very talented producers and DJs from Italy in 2011. The expression of “ThanksMate” has derived from a culture and country that has given them the opportunity and freedom to formulate their music ideas together. Thus, ThanksMate was born with an objective to produce and show their fans their gratitude for their passionate support.

Timelessness and innovation – both poles can be unified in house music. For over ten years now, Norman Weber and Marco Resmann have been living out this credo, sharing their passion both at the turntables and in the studio as Luna City Express. Whether consistently releasing 12″ EPs and remixes, touring internationally or hosting the Moon HArbour radio show every other month, Norman and Marco continue to share their love of house music with the world.

Born in Philadelphia (US), Sean O´Neal is dj and producer who has developed his sound in Berlin and has released many of his work under the label Get Physical. House and Techno have been its pasion after he began his musical career as a musician playing for bands of indie few years ago.

The first guest of Wakeful, he is a German dj based in Berlin and as he defines, his goal is to transform feelings and pictures into music, create music that rips up the sub-consciousness and summons a new reality within the existing world – giving the mind every reason to explore whatever hides deep within